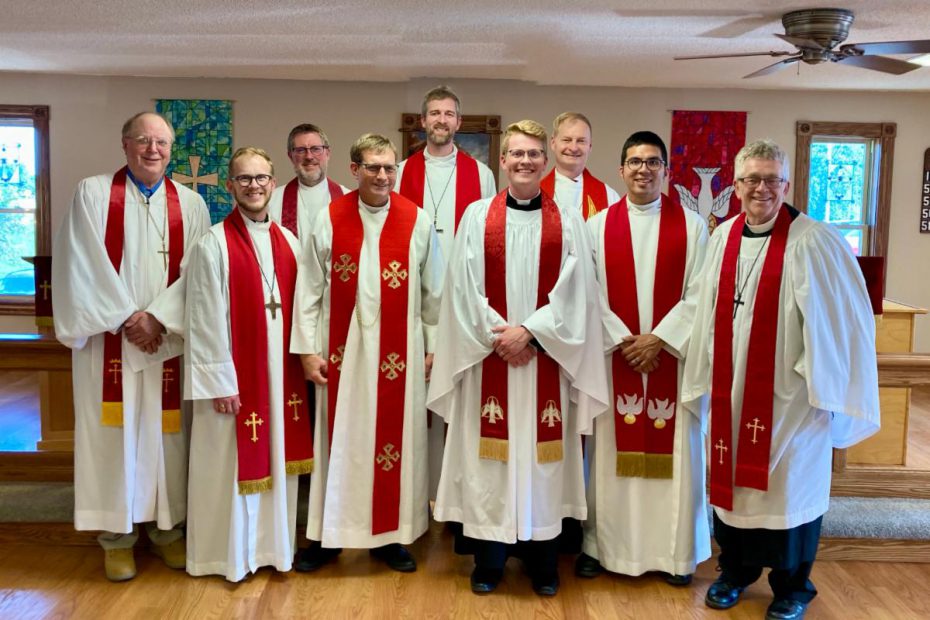 Dear Members and Friends of the ELS:

Having been elected as the ELS president on June 28, Lisa and I have been in the midst of weighing a host of options as we seek to move from our home of 34 years back to where we began this journey together 46 years ago, Mankato, Minnesota. Leaving the area where two of our children, spouses, and five grandboys live is a challenge to say the least. We are willing to serve where God through His people has called me to serve, but as you can imagine our heartstrings are being tugged as we seek to move 1,600+ miles away. It is an honor to be entrusted with this office and I fervently pray that I may have the strength and wisdom faithfully to fulfill all that it requires.

Seeking to comfort Lisa as we face this move, I mentioned Sarai (65) and Abram (75) having been called out of their home country, leaving family, and going to a place that has mostly been unknown to us for many years, though we have the added benefit of having many friends and acquaintances there. I assured her that the Lord has not promised that she would give birth to a son in her senior years; however, I did point out that they lived in a tent the rest of their lives.

By God’s grace we also share this with that ancient couple: they acknowledged that they were but strangers and pilgrims on the earth. They desired a better country, that is, a heavenly one (cf. Heb. 11:13–16). Even though we are planning and anticipating to return to the Tacoma, Washington area in four years, we trust by Christ’s redemption that God has prepared a place for us which greatly surpasses any place that can be called home here on earth. We ask for your prayers as we make these transitions in the next few months.

Colin Anderson was ordained and installed as pastor of First Lutheran Church in Suttons Bay, Michigan, on July 3.

Peter Bockoven was ordained and installed as pastor of St. Luke Lutheran Church, Mount Vernon, Washington, on Friday, July 15, during a Vespers service. Eight pastors were present (back): Edward Bryant (lector – Alt. Circuit Visitor), James Wilcox (WELS), Steve Sparley (Circuit Visitor), Samuel Gullixson (preacher); (front): Steve Brockdorf, Joseph Burkhardt, Candidate Peter Bockoven, Roger Emmons, Tony Pittenger. Karla Hammond was the organist. After the service a check was presented to St. Luke congregation president Jason Bruss from Parkland Lutheran School, whose chapel offerings this past academic year were designated for St. Luke after the loss of their pastor of 38 years, the Rev. Jerrold Dalke. Seventy-five people attended the service, which was followed by a dinner prepared by members of the congregations.

Bethany Lutheran College looks forward to hosting Bethany National Auxiliary Day on Monday, September 26, 2022. During the event, attendees will have the opportunity to hear from Bethany faculty and students about the new and exciting things happening at BLC. The group will also take part in the annual business meeting where auxiliary members vote on projects to support. Lunch will include updates from the synod and seminary presidents, Glenn Obenberger and Timothy Hartwig.

August 11 – Board of Trustees

August 15 – Board of Regents

September 22 – Committee for Archives and History