Introduction
Missionaries from the Evangelical Lutheran Synod first proclaimed Christ to the people of Peru in 1968. Focused on sharing the Gospel with children and families, the missionaries worked in the crowded city of Lima and in its dusty outlying barrios. God blessed that effort greatly. Today, many congregations and preaching stations of the Peruvian Evangelical Lutheran Confessional Church are found throughout the country.
Seminary
Peruvian national church workers were needed to serve these congregations and to reach out in other areas of the country. To meet that need, the missionaries first began training devout laymen to serve as leaders of newly formed churches. In time their training developed into preparation for the public ministry of Word and Sacrament. Today at the newly-constructed seminary men study traditional theological disciplines such as Scriptural interpretation, the Lutheran Confessions, Church History and practical theology. On the day the new seminary was dedicated in September 2010, Peruvian pastor Segundo Gutierrez was installed as President. Most classes are taught by Peruvian pastors, with former president Rev. David Haeuser serving as professor-mentor. Extension seminary classes are conducted in the mountain city of Huarez and in Tarapoto, in the Upper Amazon Basin.

Christian Day Schools
Just as Christian parents everywhere care for the spiritual education of their children, the fathers and mothers of the Peruvian church took seriously their obligations to train their children in God’s Word. Sunday Schools, confirmation classes and Vacation Bible Schools were established in the developing congregations. Teachers were trained, materials were gathered, and students were recruited in the effort to reach out to the neighborhoods near the churches.

Mountain Region
The Andes Mountains form a majestic backdrop for the congregations in the villages and towns in the Ancash district several hours north of Lima. For many years people of the mountains left their homes and moved to Lima in search of jobs. Those who became members of our churches in the city earnestly desired to bring the Gospel to their families and friends in the Andes. Missionaries began regular trips to small villages in the mountains, some of which are still accessible only by horseback.
The nation of Peru was wrenched by violence during the 1980s and into the mid-1990s, when communist terrorists known as “The Shining Path” sought to ignite civil revolution. The churches in the mountain villages suffered greatly. One town mayor, also a congregation member, was assassinated, becoming a modern-day martyr.

Today peace prevails, and the work in Ancash is expanding as more pastors graduate from the seminary in Lima. Eight

congregations are served in this area, which stretches from the sea coast city of Chimbote to the mountain town of Huaraz. Seminary-education-by-extension is provided by the missionaries, who travel regularly to the region and teach classes.

Some members of Lima congregations had come from the San Martin district of northern Peru, in the eastern foothills of the Andes Mountains. Shouldn’t the Gospel be brought to their hometowns, also?

A third center for mission work in Peru is now based in this region. In one large city, a congregation has been formed and a building constructed for worship.  The cement and brick church serves also as a training center for seminary study in this part of Peru.

Building relationships through a network of acquaintances and family members, missionaries now proclaim God’s Word in villages of the Shawi tribe deep in the jungle. Among these isolated villages, three Christian Elementary Schools and a Lutheran high school have been established. New opportunities for Gospel outreach abound as God leads into even more remote territory. The primary focus of ELS work in Peru is the ongoing development of the national church, which is becoming increasingly responsible for its own work. 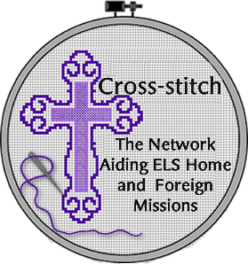 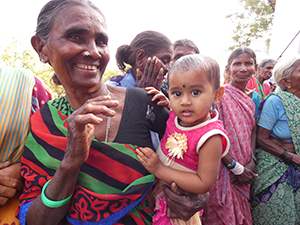