We treasure the certainty of salvation we sinners have by faith in the completed work of our Savior Jesus. This assurance is what impelled the work of Martin Luther and the other reformers. The Gospel of grace alone is what makes “saints” out of ones who by nature are soiled and inimical to God and His Word. Our prayer is that this Reformation legacy will remain imbedded in the sanctuaries of our churches, our homes and hearts, and that we want nothing more than to make this saving message known to all in our world! 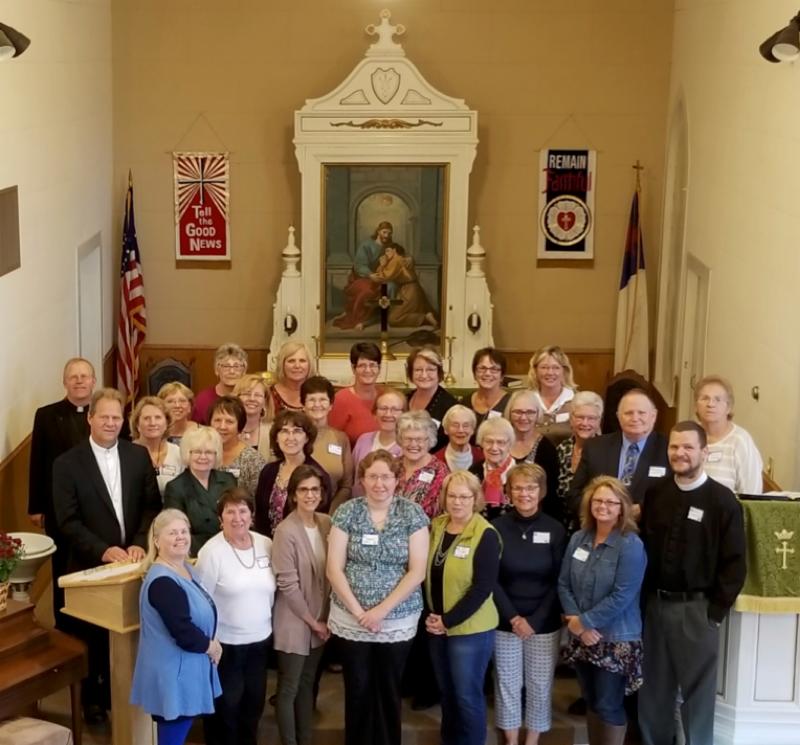 Many circuits of our synod held a fall mission rally during the months of September and October. The rallies are an opportunity for the congregations to gather together for fellowship, a chance to learn more about the work of the synod, and a time to promote and support home and foreign mission work. The work of missions may seem vast for an inpidual congregation, but together much can be accomplished.

The ELS Circuit 8 Northern Minnesota Women’s Mission Rally was held on September 30, 2017, at St. Paul’s Lutheran Church in Lengby, Minnesota. The gathering began with a worship service by host Pastor Gene Lilienthal, followed by the Rev. Larry Wentzlaff (ELS Evangelism-Missions Counselor) presenting on the synod’s mission work, including the help given by Cross-stitch. The topic of study was “Reformation Principles,” with brief overviews presented by the pastors of Circuit 8 of the three Synod Convention essays: Grace Alone, Faith Alone, and Scripture Alone. A wonderful lunch was served by the women of St. Paul’s.

The ELS church of Christ Lutheran is located in Windsor, California, near the area of devastating wildfires during the month of October. The church is served jointly with Living Word Lutheran of Petaluma (WELS) by Pastor Steven Lockman. He reported that many members had to move out the area temporarily, but the fires are now contained, and all have been allowed to go back to their homes. One family of Christ Lutheran and one of Living Word Lutheran lost their homes in the fire. The church was outside of the mandatory evacuation zone and had no damage. The state and county will assist with clean up of the homes that were destroyed, but they estimate that clean up will continue until spring. We thank our gracious Lord for protecting His people in both congregations. No one was hurt. Please keep the congregations and all those affected in your prayers.

The ELS is a member of the worldwide fellowship of churches known as the Confessional Evangelical Lutheran Conference (CELC). CELC President Gaylin Schmeling writes:

Five hundred years ago on 31 October 1517, Martin Luther posted the Ninety-Five Theses in Wittenberg, Germany, pointing out the abuses he saw in the church of his time. The results of that action were no doubt unforeseen by him at the time, yet their effect has shaped the religious and cultural history of the world ever since. The date of this event has become known as the beginning of the Lutheran Reformation.

As part of the Reformation celebration, a special committee of the CELC with members from around the world produced Ninety-Five Theses For the 21st Century. These theses present all the basic teachings of the Scripture as confessed in the Lutheran church. They are organized according to the outline of Luther’s catechisms, which to this day are treasured as teaching tools in the churches of the CELC.

At the last CELC convention, a video also was prepared with members from around the world confessing these new theses in their native languages. Both the document and video are available on the CELC website at http://celc.info/index.php/ninety-five-theses/.

The General Pastoral Conference met in early October. The pastors of the ELS gathered for worship, received reports on various areas of synod work, studied five papers under a Reformation theme, and discussed several parish and practical questions. Chairman Thomas Rank was thanked for his twelve years of service.

The November issue of Mission News and Helping Hands features Lutheran Mission of Salvation-India (LMSI) seminary student Simeon Mamidi, a young man “called according to his purpose” (Romans 8:28). Read how the Lord called Simeon from his career as a banker to become a Lutheran pastor and spread the Gospel message in a Hindu country! Pick up a copy at your church or email elsynod@blc.edu. 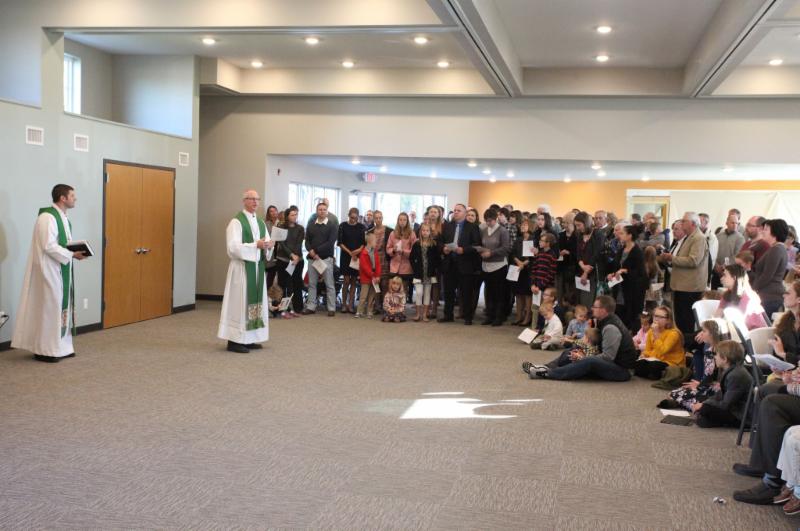 On October 15, 2017, members of Peace Lutheran in North Mankato, Minnesota, dedicated their new fellowship hall. The Sunday School children of Peace sang for the special occasion. The new addition will be serving as the temporary sanctuary for about five weeks while the current sanctuary undergoes renovation to add more seating. The addition also includes two rooms for the Jesus’ Lambs at Peace Preschool. The congregation is grateful to volunteers from Kingdom Workers’ Builders for Christ in assisting with the project.

The observance of the 500th anniversary of the start of the Lutheran Reformation continues as we also remember Luther’s birthdate on November 10. If you have not yet viewed the synod convention Reformation Hymn Festival, you can watch it online at https://vimeo.com/224722232. The program folder also can be found online at els.org/2017convention.

We are now in the final quarter of 2017. Have you started making your year-end plans for giving? Please note we will be sending out your promised gift reminders this month with the final letter of the year. We encourage our congregations to use at least two inserts between now and Christmas as updates on the offering. Call Pastor Dan Basel with your questions at 507-469-9656.

On Sunday, October 15, during the worship service at Messiah Lutheran (WELS) in Lacey, Washington, a fire broke out and destroyed the building. Thanks to God that no parishioners were hurt, but we pray that He blesses the congregation as it deals with the aftermath.

The third “Gospel Outreach With Media” (GOWM) online conference opened to the public on October 23, welcoming active discussion for three weeks until November 13. Two dozen experts explore how technology can be used to reach out with the gospel in the US and around the world, including a visit to the Reformation Art Show at Bethany Lutheran College. No registration required and it’s free–just go online to www.gowm.org.

The September-October issue of the Lutheran Sentinel is now available. If you don’t have a printed copy or prefer to read it online, you can find it at els.org/about/ls/. 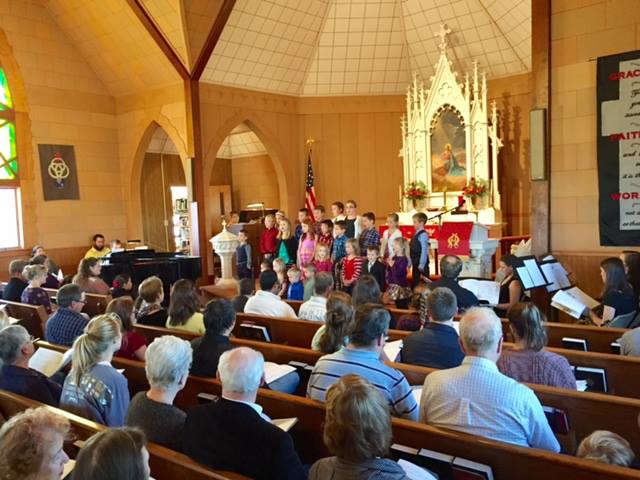 On Sunday, October 23, 2017, at Scarville Lutheran in Scarville, Iowa, ELS Circuit 7 held a Reformation 500 Hymn Festival. Children of the Christian day school, a circuit choir, and also members of the band from Bethany Lutheran College participated in the program.

The June 2017 ELS convention adopted a proposal for the promotion of apologetics (see Synod Report 2017: 117f.). This resolution included the creation of an ad hoc Committee on Apologetics to be appointed by the synod president. The appointed committee is the Rev. Thomas Heyn, Dr. Ryan MacPherson, the Rev. Donald Moldstad, Mr. Allen Quist, and the Rev. David Thompson. Dr. Gene Pfeifer of Bethany Lutheran College has also been appointed as an advisory member. The Rev. Thomas Heyn will serve as the temporary chairman. We pray that God will continue to bless our efforts to reach out to others with the life-saving gospel of our Lord Jesus Christ and to defend the doctrines set forth in his holy and precious Word.

November 2-3 – Board for Home Outreach

November 6-7 – ELS Board of Regents

November 7 – Board of Trustees

November 8-9 – Board for World Outreach