Dear Fellow Workers in Christ’s Kingdom:
Our annual synod convention is close at hand. We ask for your prayers on behalf of the pastors, delegates and guests who will be traveling to our Bethany Lutheran College in Mankato, Minnesota, for the 100th convention of our ELS. We call to mind the blessing God set before his people of Israel in Deuteronomy 28: “You will be blessed when you come in and blessed when you go out” (v. 6).
Blessings in Christ,
John A. Moldstad
Convention of the Confessional Evangelical Lutheran Conference

The ELS is a founding member of the Confessional Evangelical Lutheran Conference (CELC; www.celc.info), which was organized in 1993. Providing a forum for confessional Lutherans around the world, the CELC — made up of twenty-four member synods and church bodies worldwide — gathers at triennial meetings for encouragement, fellowship, and an internationally united voice.
The 2017 CELC convention, which occurs at the time of the 500th anniversary of the Lutheran Reformation, will be held in Germany on June 29-July 2, 2017. The theme of the convention will be “Reformation: Then and Now.” There will be fourteen members of the ELS in attendance at this convention, of which only two are official delegates. Of special note at the convention this year, a CELC committee has produced “Ninety-five Theses for the 21st Century” as an anniversary project. These theses present all the Lutheran fundamentals but also include topics that need to be addressed in our contemporary society. These theses will be presented to member church bodies, including the ELS, following review and presentation at the CELC convention next month.
100th Annual Synod Convention
The 2017 convention of the Evangelical Lutheran Synod (els.org/2017convention/) will be held June 18-22, 2017 on the campus of Bethany Lutheran College in Mankato, Minnesota. The theme of the convention is “Proclaim the Wonders God Has Done: Sola Scriptura, Sola Gratia, Sola Fide.” In celebration of the 500th anniversary of the Reformation three essays will be presented (Monday, Tuesday, and Wednesday mornings at 10:30) and a Hymn Festival will be held (Tuesday evening at 7:30 in Trinity Chapel).
Reformation Hymn Festival
A celebratory 500th Reformation Hymn Festival will be held during convention on Tuesday, June 20, at 7:30 p.m. You can join in this special observance by attending the festival in person at Trinity Chapel or viewing the live-stream at els.org/2017convention.

Centennial
The anniversary year begins. At the 2017 synod convention we mark the 500th anniversary of the Lutheran Reformation and continue with the 100th anniversary of the reorganization of the synod at the 2018 convention. Two special items will be available for purchase at this convention: the synod’s centennial history, Proclaim His Wonders, (view a sample) and a commemorative ornament/medallion produced by the ELS Historical Society (view a sample).
Historical Society Annual Meeting
The ELS Historical Society will hold its annual meeting on Sunday, June 18, at 6:00 p.m. in the Ylvisaker Fine Arts Center at Bethany Lutheran College. The program will be “From Austin to Aberdeen.” It is a reenactment of the events which led to the reorganization of the Norwegian Synod in 1918, including the Austin Agreement of December 1916 and the meeting of the minority at the Aberdeen Hotel in St. Paul in June 1917.
Thank You!

Hailie Ekhoff is the widow of Tim (son of Pastor Erv Ekhoff), who was killed in a traffic accident on January 10, 2017. On behalf of the synod, the Board for Christian Service sent a monetary gift to the family. She writes:
“To everyone at the ELS, Thank you so much for the continued support. Your generosity is extremely appreciated. I will be putting this money aside for the girls’ tuition. God bless you all! — Hailie, Scarlet, & Camille Ekhoff”
Pastoral Conferences 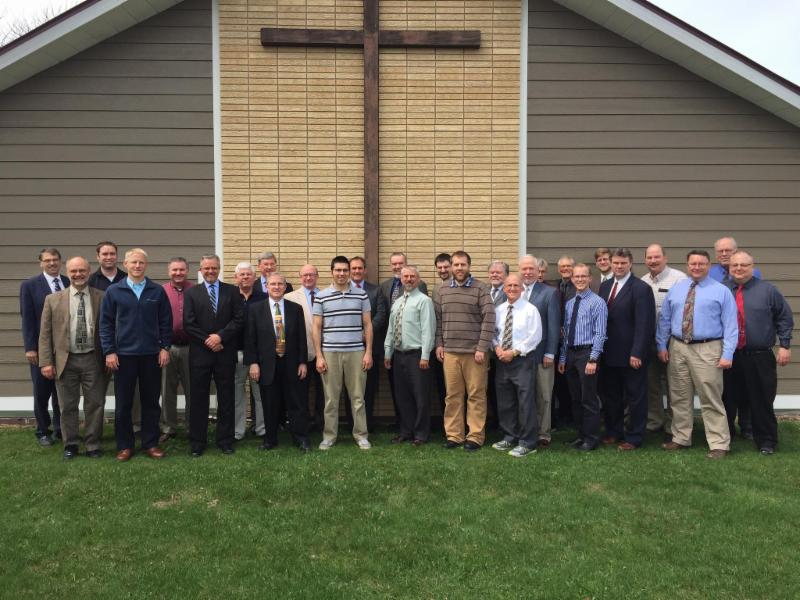 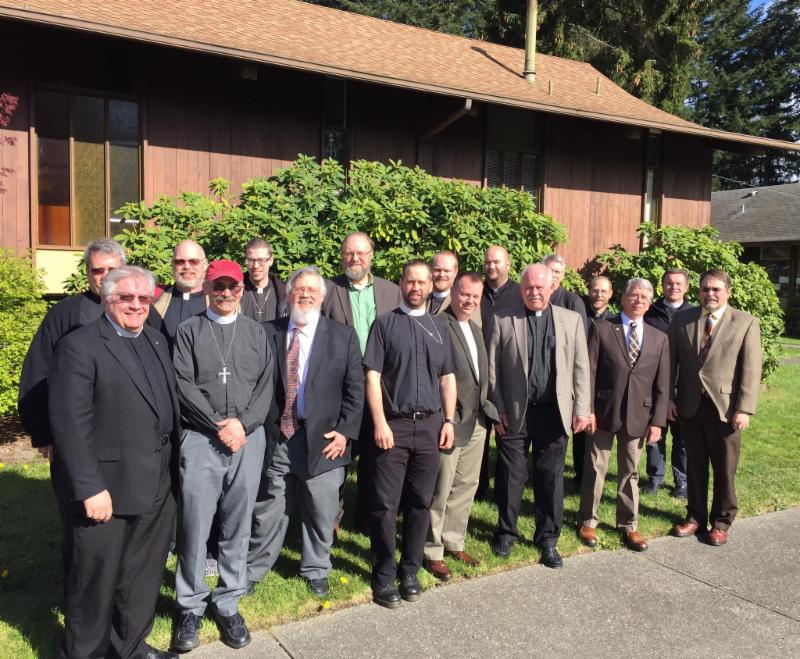 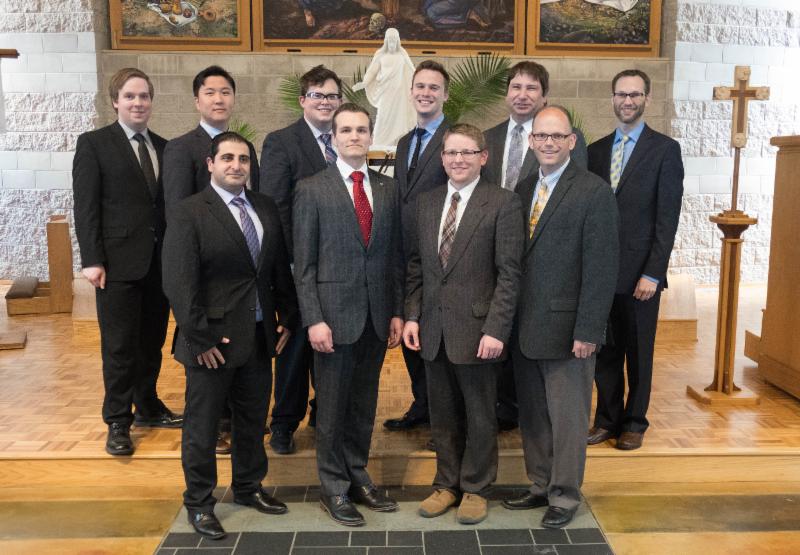 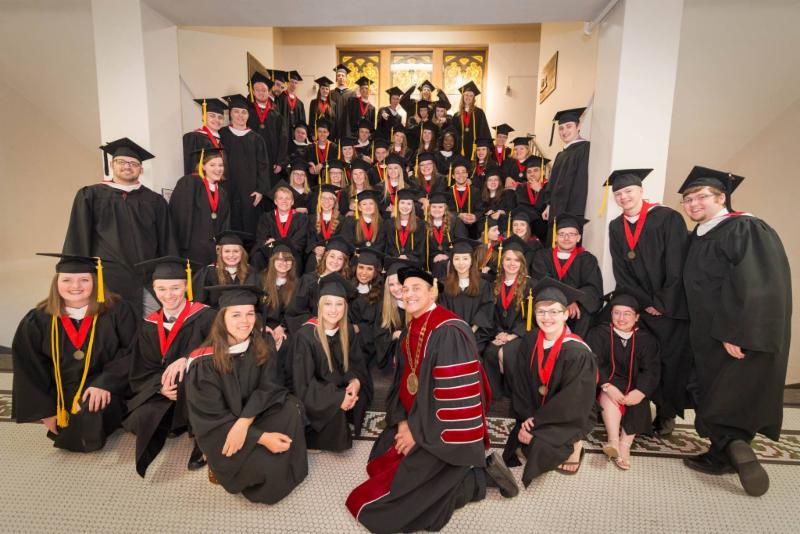 The Commencement Service for Bethany Lutheran College was held on Friday, May 12, 2017 at 10:30 a.m. in the gymnasium. Dr. Dan Bruss, president of BLC from 2003-2015, was the commencement speaker. Judith (Maginnis) Kuster received the Distinguished Alumna Award. Seventy-five students were graduated with Bachelor of Arts degrees.
Milestone For Our Mission in Chile
On Sunday, May 28, 2017, Candidate of Theology Mario Galvez was ordained and installed into the holy ministry at Linares, Chile, by the Rev. Timothy Erickson. Mario is the first national pastor for our mission in Chile and has been assigned to serve at La Cisterna, not far from Santiago. This year marks the 25th anniversary of our work in the country of Chile. 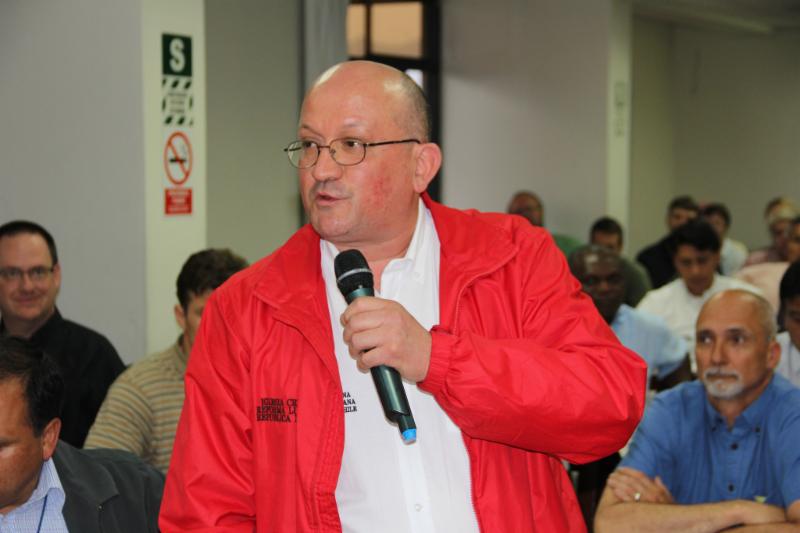 Anniversary Offering Update
The offerings at Synod Convention have been designated as contributions for our Anniversary Offering. Perhaps your congregation would consider gathering a special offering in advance of the convention that your pastor or delegates could bring with them to the Synod Sunday service or Wednesday Communion service. 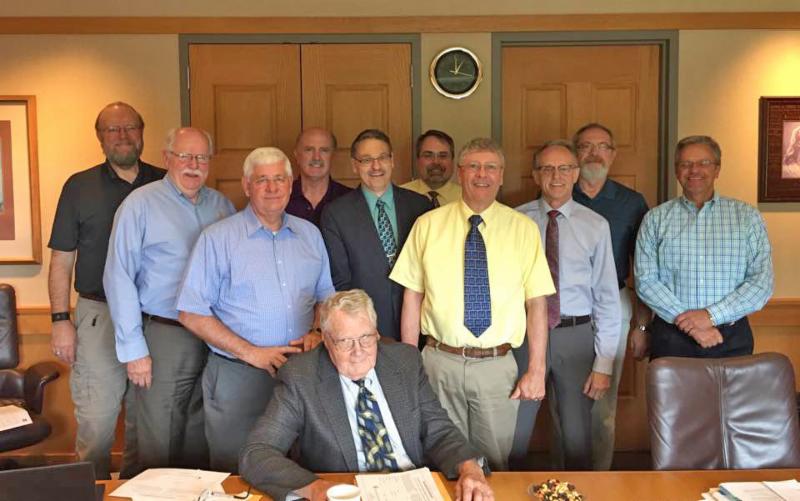 On May 16, the ELS Board of Trustees expressed sincere gratitude to God for twenty-six years of faithful service by Mr. Robert Brown on the board, and also for nearly twenty years on the Synod Review Committee. We wish the Lord’s continued blessings on him and wife Margaret. 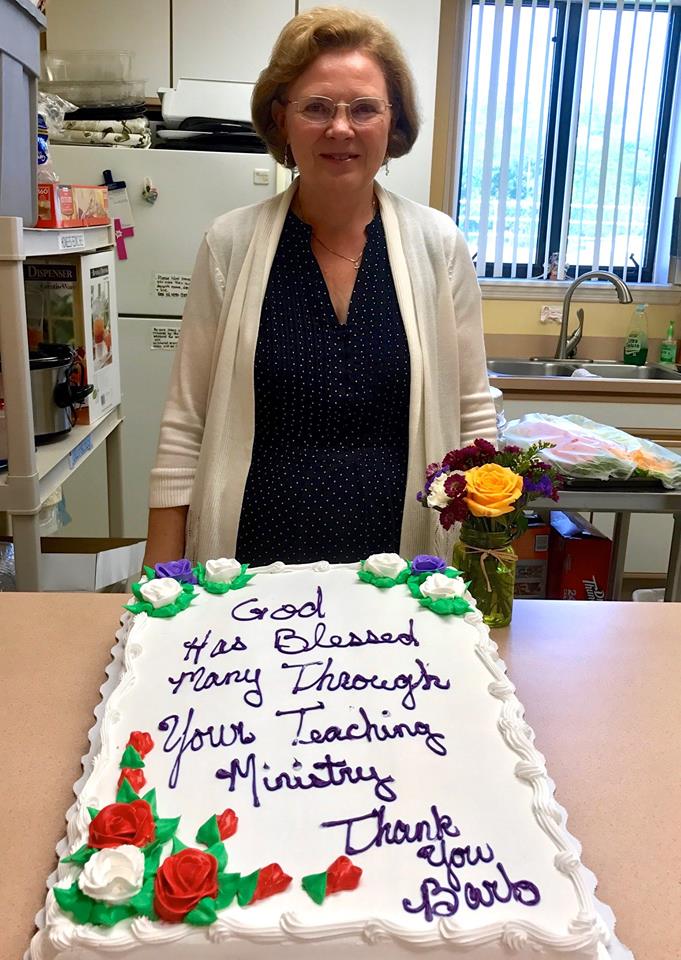 On May 21 Peace Lutheran Church in Kissimmee, Florida, celebrated the many years and dedication of their kindergarten teacher, Mrs. Barb Huhnerkoch. She is retiring at the end of this school year and will be greatly missed as a teacher at Peace. She and her husband, Pastor Herb Huhnerkoch, started the school mission at Peace, Kissimmee, and also were instrumental in developing years ago a school at Our Saviour Lutheran, Lake Havasu City, Arizona. We wish God’s blessings upon Barb in her retirement.

LYA Convention
The annual LYA convention will be held July 27-30 in Cincinnati, Ohio. There’s still time to register! Find the details at els.org/lya17.
Prayers Requested
The Rev. Karl Hermanson went home to be with the Lord Jesus on Monday, May 8, 2017. Our prayers go out for his wife Rachel and son Joel, the Hermanson family, and all the members at Faith Lutheran in Oregon, Wisconsin. May God bring comfort and strength!
Professor Rudolph E. Honsey, age 98, was taken to his eternal home on Thursday, May 11, 2017. We certainly pray that God gives comfort and strength to the Honsey family during this difficult time. But we also join them in giving praise to almighty God for having brought Prof. Honsey to saving faith in his Redeemer and that he now enjoys his heavenly home as he and all believers await the glorious day of the bodily resurrection.
I know that my Redeemer lives, and that in the end he will stand upon the earth. And after my skin has been destroyed, yet in my flesh I will see God; I myself will see him with my own eyes — I, and not another. How my heart yearns within me! (Job 19:25-27)
Upcoming Events els.org/about/calendar/
June 5 – Installation of Matthew Moldstad at Peace (North Mankato, MN)
June 18-22 – Synod Convention
June 25 – 150th Anniversary of Jerico (New Hampton, IA)
June 29-July 2 – Convention of the CELC
July 16 – Ordination of Candidate of Theology Aaron Ferkenstad at King of Grace (Golden Valley, MN)
July 27-30 – LYA Convention in Cincinnati, Ohio