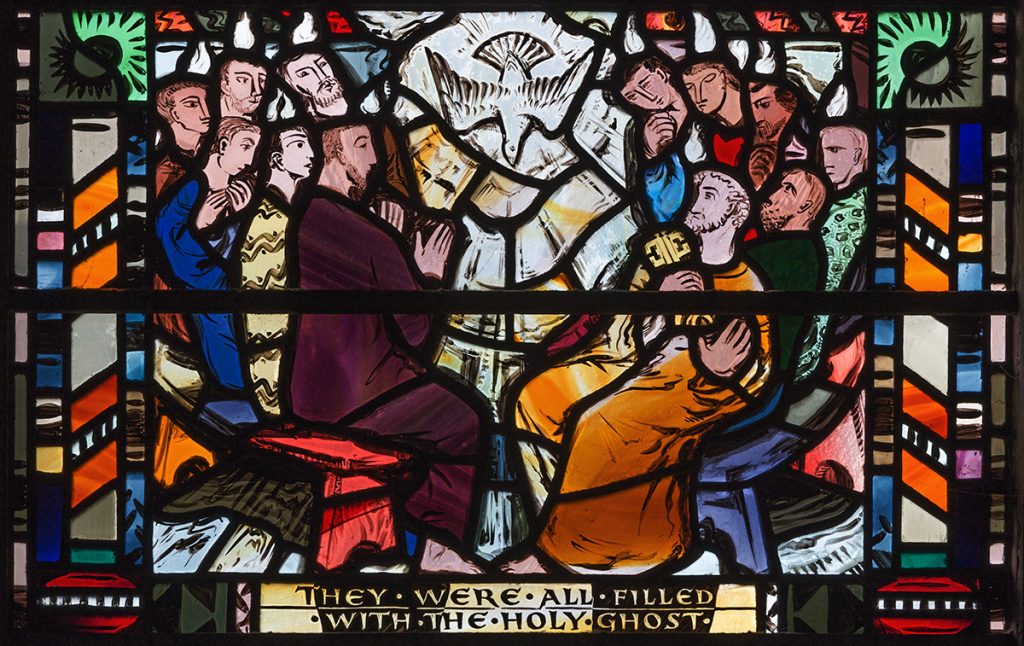 Sometimes referred to as the “Birthday of the Christian Church,” Pentecost is the day the Holy Spirit Jesus had promised came to His disciples, as described in Acts, Chapter 2:

1When the day of Pentecost came, they were all together in one place. 2 Suddenly a sound like the rushing of a violent wind came from heaven, and it filled the whole house where they were sitting. 3 They saw divided tongues that were like fire resting on each one of them. 4 They were all filled with the Holy Spirit and began to speak in other languages, since the Spirit was giving them the ability to speak fluently. 5 Now there were godly Jewish men from every nation under heaven living in Jerusalem. 6 When this sound was heard, a crowd came together and was confused, because each one heard them speaking in his own language… Read More  (Acts 2:1-6 EHV)